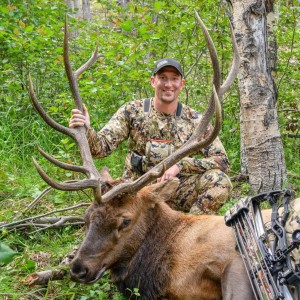 These days it is hard to make a trip to your local sporting good store without at least passing by a whole display of brand new trail cameras.  There are white flash, infrared, black flash, camouflage cams, brown cams, you name it.  The field is constantly changing with cameras getting less expensive, much smaller and compact, having unimaginable battery life, and not to mention a widely growing market for wireless trail cameras.  The way we scout today has changed drastically thanks in good part to these advancements in trail camera technology.

Twenty years ago, if you had mentioned to someone that one day your trail camera would send a text message to your cell phone when a picture was taken, they’d be looking at you like you had two heads on your shoulders.  Fast forward 10-15 years and the first commercially available wireless trail cameras started hitting the store shelves.  You would see thread after thread on Archerytalk and other website forums asking questions about them.  The topic of wireless trail cameras was, and in some cases still is, as polar as many political topics.  You have people strongly positioned on both sides of the debate with their heels dug in, refusing to change their opinion.

As the years have gone by, more and more hunters have opened up their eyes to the benefits these wireless cameras can have on their hunting.  Time has become a valuable commodity and not everyone has the necessary time to properly scout their properties as effectively as they should prior to their season.  I recognize that putting the boot leather to the dirt for some good ol’ fashioned scouting is hard to beat, but I have found that wireless cameras are becoming an invaluable asset to my arsenal.  I joined the “pro-wireless” trail camera group this past year when I purchased a 2015 Covert Code Black from Covert Scouting Cameras.  A year later, I added the 2016 Code Black 12.0. Much like every piece of hunting equipment I buy, I read review after review before finally deciding on which camera to buy.  It must be the Engineer in me.

You might be asking, why did I join the wireless trail camera group?  As I alluded to earlier, time.  I’m sure you can all relate.  Working a full-time job, having a family, and several other hobbies all fight for my time.  This tug of war with my time leads me to having to be efficient in the time I do have to dedicate to scouting.  So how does time have anything to do with being more efficient with scouting?  The biggest benefit the wireless trail cameras offer me is the ability to remotely monitor an area and get almost instantaneous feedback.  If I set a camera out and I’m not getting any activity in a day or so, I can get back out there, move it to a new location and try again.  The prompt feedback of having a picture sent directly to my smart phone from my wireless trail camera is a game changer for me in being able to scout more efficiently.  I no longer leave a camera sitting in the same location for weeks at a time not knowing if there has been any activity in the area.  With a wireless camera, I know when I pull that memory card, I’m going to have some pictures to filter through.

If you have questions as to which wireless camera would be the best fit for you, reach out to the good folks over at Covert Scouting Cameras and they would be happy to assist you.

Brett spent his childhood growing up in southern Indiana, but now he calls southwestern Ohio his home. When he's not busy with his full time job as an Electrical Engineer, he's either spending quality time with his family or preparing for his next outdoor adventure.
All Posts

For those prepping to go out west this year, Sitka Gear has released their Swiss Army knife of a binocular harness: the Sitka Mountain Optics

Turkey season is just around the corner, or for some of you is already underway. Spring time is a time for new growth, fresh starts,

Springtime brings warmer weather and…turkey season. A season very dear to my heart. However, weeks before springtime officially kicks off is the National Wild Turkey